Let Me Play With Your Head

I was reading Huffington Post last night where I came across an interview with Ice-T. He says that Hillary Clinton is a 'G' and will become president after Obama's second term.

This got me to thinking (dangerous prospect, to be sure!) that this is a real possibility.

Given the coming mass self-immolation of the Republican Party, all that would remain would be the extent of the damage and how deep it went. If this damage is more than expected, the scenario could cause real consternation among those of the 'Y' chromosome.

Consider this: a major Republican meltdown occurs when Gingrich gets the nomination. (settle down, this is pretend time) Independents leave the GOP like fleas off a drowning dog. Ron Paul would try a third party but he'll cause more grief to the GOP than the Dems. So let's say Hillary Clinton does it and becomes the first woman president. The only way a woman is getting elected would be the meltdown of the GOP first.(this is the meltdown BEFORE she gets elected, not the one that happens afterward) Given that situation then you know the Dems would retake the House and guess who takes back the Speaker's Gavel? Yep, Nancy Pelosi. Heh!

But it could get more interesting... Harry Reid is not long to the Majority Leader's chair. He hasn't the goods to keep it together under these conditions. One name that comes to mind is Sen. Patty Murray of Washington. Unlikely? Perhaps, but possible. She has made a name for herself within the Senate Leadership and, since her pet project is veteran's issues, she's made a lot of allies in key places like Defense and Justice. So, she could very well assume the Majority Leader position.

President Hillary Clinton, Speaker of the House Nancy Pelosi, and Majority Leader Patty Murray. Kinda gives ya da shivers, eh guys? Tell me, what man on earth would want to be Vice-President here? Name one.

Now, this ain't a prediction. (Unless you're reading this post some years in the future and are marveling at my prescience!) But what I will say is that the only thing keeping this from happening is fear, GOP fear. The Republican Party is terrified of Hillary Clinton. She scares the meat right outta their seat. If Hillary gets the Big Chair and Pelosi is Speaker, look for a lot of shit to get done.

While this has been fun, it still begs the question - Is it time? We got our first African-American president almost by accident. Obama popped on the scene only a few years before he went after the Big Chair. A woman in the Oval Office is entirely possible, even preferable. As we have seen through GW Bush, any man can get the job if he has the right backing. Strong or weak, it doesn't matter. But for a woman to get close, like Mrs. Clinton did in 2008, takes a will of iron and a constitution of stone. She could position herself in the next four years to get the nomination and win the Chair. Her only threat would be whatever is left of the Republican Party after this election.

Personally, I don't see the GOP coming out of this election without losing some major organs but a lot can happen in four years. If nothing else, it'll make for great theater.

So Mote It Be,

For once, an online protest has worked. At least six lawmakers have withdrawn their support and/or sponsorship of the heinous SOPA/PIPA legislation.

Now, this doesn't mean we're out of the woods yet. Hollywood (ie: the MPAA) will try again.

Now, if you don't mind, I have to return to my lair.

So Mote It Be,
David A.
Posted by David Aquarius at 8:44 AM No comments:

Due to questionable content and possible violations of SOPA and PIPA, this site has be censored. 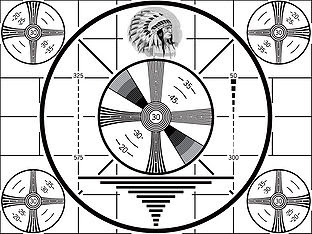 The blog is on hiatus for a while.

Haven't had the inspiration to keep posting. Please check out the blog roll, 'cause that's where I'll be for the next few weeks.

I haven't decided to change the template, change the tone or just bag the whole thing and call it good. I got lots to say but this venue wasn't doing what I wanted it to.

Until then, we'll see ya when I see ya!

Labels: riding into the sunset

Disaster comes in all shapes and sizes

Just when you start to get comfortable and life begins to mellow out, a tsunami of reality washes over your unsuspecting butt and takes you out to sea. 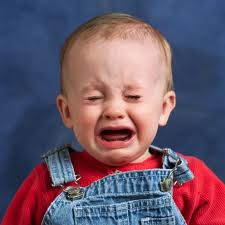 Last week, I suffered a hard drive crash. Now, most responsible folks would have made sure that all important files were backed up and I, being very responsible did so. But, the Gods of Karma weren't going to let that stop them. I backed up records, photos and documents but not settings, favorites, and etc. Also, it had been a couple of months since the last backup so everything from that point is gone too.

A friend of mine told me that regardless of how prepared one is, a HD crash is devastating. He's obsessive about his backup and re-images his OS every month. He still lost valuable documents when his crash happened.

So... here's the goods... I am going forward from this point. I'm not going to fret about what was lost or where I can find my shit. If I need it, I'll look for it. If I never need it again, then it's good that its gone.

Update: Apparently, as I was reconfiguring my Windows Mail, unbeknownst to me, my security protocols were taken down (Gee, thanks Microsoft!) So, I guess I caught an email bug that sent out a bunch of links in my name. If you received an email from me between May 1st through 20th, delete it. My apologies for this inconvenience. I hope these spams didn't lead to a virus or such. Hopefully, now I have all my securities in place and can better control my outbox.

God, I hate this shit!

From every rooftop, from every street corner... shout!

I listened to this today. I went back and read the transcript as well. He's been there for us since 1989 with his movie "Roger & Me" about the heartbreak of GM closing his hometown's auto plant and moving it to Mexico. He's fat, loud and not very good looking but he's one of the most beautiful Americans there are.

Here's what he had to say in Madison on Saturday, March 5th.

There is nothing more important than this message. This should be on the lips of every American worker. This isn't Fox News propaganda or Teabagger bullshit - this is real. We either give in to our Corporate Overlords or we fight back.

America is NOT broke. We blinked and let them steal our future, now we take it back!

Welcome to the Age of Aquarius!

See This Site Best on Firefox

Vital to Your Life